The LATE SHOW with DAVID LETTERMAN will pay tribute to the 50th anniversary of The Beatles’ groundbreaking first appearance on the “Ed Sullivan Show” with performances of Beatles music from top artists on the broadcast, Monday, Feb. 3 - Friday, Feb. 7 (11:35 PM-12:37 AM, ET/PT).

The Ed Sullivan Theater, site of the Fab Four’s U.S. debut, will be the setting for this week-long commemoration of that historic television event on Feb. 9, 1964. The Beatles’ first “Ed Sullivan Show” appearance is hailed by many historians and critics to be one of the most important moments in music and television.

On Monday, Feb. 3, Broken Bells, the duo comprised of The Shins’ James Mercer and producer Brian Burton, better known as Danger Mouse, will perform The Beatles’ classic “And I Love Her.” Sting takes the Ed Sullivan Theater stage Tuesday, Feb. 4 when the music superstar performs “Drive My Car,” and Lenny Kravitz rocks the broadcast Wednesday, Feb. 5. On Thursday, Feb. 6, the LATE SHOW welcomes The Flaming Lips, joined by special guest Sean Lennon, son of the late John Lennon, who will perform “Lucy in the Sky with Diamonds.” The music lineup for Friday, Feb. 7 will be announced next week.

Also visiting the LATE SHOW the week of Feb. 3 will be actor Will Arnett, star of the hit CBS comedy series THE MILLERS, who lends his voice to the upcoming “The Lego Movie” (Feb. 3); actor George Clooney, who stars in the new film “The Monuments Men,” which he also co-wrote and co-produced (Feb. 4); actor Matt Damon, who stars with Clooney in “The Monuments Men” (Feb. 5); actor Michael Keaton, who stars in the upcoming remake of the classic “RoboCop” (Feb. 6); and actress Amy Adams, who recently received an Academy Award nomination for Best Actress for “American Hustle” (Feb. 7).

Comments
1
You must be a logged-in member to add comments. Log In | Subscribe
January 31, 2014 posted by karawolff
Thank you.
What a beautiful tribute to commemorate some truly memorable and magical people and for you to sing on the 4th touches my heart deeply. You are awesome, inspirational and a real sweetheart! It's why your many fans love you so much! :)
Newer comments    1 - 1 of 1    Older comments 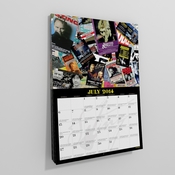 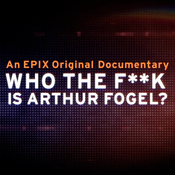