Thursday was the kind of classic night New York night you only get when the stars line up just right.

At the Cort Theater, Paul Rudd and Michael Shannon, with Kate Arrington and the great veteran actor Ed Asner opened in a new play called "Grace". The theater was literally jammed, with plenty of stars who were friends of the stars. Among them Carla Gugino, and Steven van Zandt with beautiful wife Maureen. The performances in "Grace" are all A plus, but Michael Shannon is the standout this time. And Ed Asner remains a treasure.

Then: quick, uptown to the Beacon Theater for Jerry Seinfeld's kick off show of his fall tour. Colin Quinn did ten minutes of opening act, very funny, of course, riffing on New York subjects. Then Jerry, The Master: standing ovation. His 90 minute or so show is brilliant, topical, fresh. Years ago Jerry said getting married and having kids wouldn't become his material. Of course, it has - I do think he's found his groove there marrying his observational humor with the pace and gentility of the late Alan King. When he gets to that area of the night, it's a mature Jerry you could never have imagined from the old days.

This is still a PG rated show, too. No cursing, nothing coarse, totally sophisticated, hilarious. The writing and delivery are sharper than ever.

But I prefer the riffs on cell phones, modern communications, language. His opening bit about the audience getting ready for the show is terrific. Jerry mixes in some old routines - star 69, etc - and it all works. The amazing thing is you don't get tired of hearing the greatest hits. Seinfeld is more fluid than ever on stage, more relaxed, completely at home. Why is he there? He has no place else to be, he jokes. He wants to be out. You think it's a show about nothing but it's about everything, deftly woven together. There needs to be a real recording of this show. It's like medicine. Are there still comedy albums? Wherever Jerry is, don't miss him.

And back to Radio City for Paul Simon's Children's Heath Initiative 25th anniversary fundraiser. Star studded? Some couples performed together - Sting and Trudie Styler - she was very very cute and sexy in her singing debut - performed after making a pit stop at Tony Bennett's fundraiser for his Exploring the Arts. Rita Wilson sang and let Tom Hanks accompany her. James Taylor performed with his wife, Caroline. Stevie Wonder pretty much stole the night singing three numbers with daughter Aisha Morris. They also did "Loves Me Like a Rock" with Paul Simon.

(c) Showbiz411 by Roger Friedman
Comments
1
You must be a logged-in member to add comments. Log In | Subscribe
October 05, 2012 posted by gmsdma
Starry night
It truly was a star-studded event and all were out for a great cause. I of course went soley for Sting and came away with such appreciation of getting to see so many talented and gifted artists who I may not have otherwise seen perform: Stevie Wonder, James Taylor, Paul Simon and Steve Martin on his bango! All were amazing! Paul Simon's daughter was absolutely incredible and would have loved to hear more from her. Sting on the other hand was so-so, and that is being kind. It was disappointing to see his duet with Trudie, even giving her kudos for getting out there and singing off key. I know it was for charity. Call it cute, playful or gutsy-it seemed forced and contrived and really was painful to watch. Sting sang with Aaron Neville and that really was not much better. Paul Simon sang with his daughter, Amy Grant sang with her daughters, Stevie Wonder with his. I would have much preferred to see Sting perform with Coco or Joe at this event.
Newer comments    1 - 1 of 1    Older comments 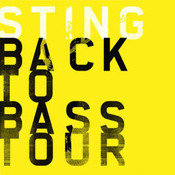 Oct 1, 2012
Sting: Back To Bass Fall Tour 2012 - Concert In Korea Confirmed...
On December 5, 2012, Sting will perform at the Olympic Gymnasium #1 at Olympic Park in Seoul, South Korea! For this performance, Sting will be joined by a 5-piece band featuring Dominic Miller (guitar), Vinnie Colaiuta (drums), David Sancious (keyboards), Peter Tickell (electric fiddle), Jo Lawry (vocals). Members of the Sting.com Fan Club will have the opportunity to purchase tickets in advance of the general public. Sting.com Fan Club presales begin at 10AM (local time) Tuesday, October 9. Tickets will go on sale to the general public at 2PM (local time) Thursday, October 11...
Read more
+ 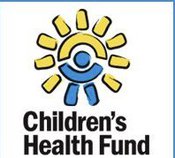 Sep 27, 2012
Two Auction Packages Benefitting The Children's Health Fund Include A Meet & Greet With Sting, Personalized Signed Guitar, And More!
Two new packages are being auctioned to benefit the Children's Health Fund, an organization founded by Dr. Irwin Redlener and singer/songwriter Paul Simon that is dedicated to providing healthcare to America's most underserved and vulnerable children. Bid on the opportunity to meet Sting and attend his concert at the CEZ Arena in Ostrava, Czech Republic on November 19, 2012. The winner and one guest will receive two tickets to the concert, plus a pre-show meet and greet with Sting. Also available is a Sting Signature Series Fender Precision Bass Guitar that Sting will autograph and personalize with the winning bidder's name! The 1950s-style guitar features a vintage-style, single-coil pickup, contoured body with 2-color Sunburst finish and Sting's signature in the block pearl inlay at the 12th fret...
Read more
+