Supermodel and activist Christy Turlingon Burns is once again teaming up with Starbucks to release Every Mother Counts 2012, the second album to benefit the organization she founded of the same name, which supports maternal mortality reduction programs globally.

The new collection, available exclusively at Starbucks in the US and Canada from May 1 to May 29 to celebrate Mother's Day, features artists including Sting, Rita Wilson, Rufus Wainwright, David Bowie, and more, as well as several previously unreleased tracks (full track listing below).

"I went to friends first, as I did with the first CD," Turlington Burns tells Rolling Stone. "Bono and Chris Martin were great supporters of the project the first time around, and when I knew I wanted to include men on this album they were obvious choices. They are also both fathers to daughters. Others, such as Patti Smith and Rita Wilson, I've known for a long time, and some, like Edie Brickell and Paul Simon, I only met briefly but was a huge admirer. I generally wanted a diverse group of artists who were parents, or in the case of Edward Sharpe, who will be soon. We wanted to reach a broad audience on this issue with this particular project and with a range of perspectives."

The full track listing for the CD is as follows. Songs with an asterisk indicate previously unheard tracks.

Bono and the Edge "Original of the Species" (acoustic) *
Eddie Vedder " Skipping" *
Paul Simon and Edie Brickell "Pretty Day" *
Faith Hill "Wish for You"
Sade "The Sweetest Gift"
Lauryn Hill "I Remember"
Rita Wilson "Baby I'm Yours" *
Diana Krall "Don't Fence Me In" *
Seal "Secret"
Dave Matthews Band "Sister" (live) *
Sting "Fragilidad"
Alanis Morissette "Magical Child" *
Edward Sharpe & the Magnetic Zeros "Mother" *
David Bowie "Everyone Says 'Hi'"
Cedella Marley "Get Up Stand Up" *
Beck "Corrina, Corrina" *
Rufus Wainwright "Instead of the Dead" *
Patti Smith "Somalia" *
Coldplay "Yellow" (acoustic) *
Comments
2
You must be a logged-in member to add comments. Log In | Subscribe
April 11, 2012 posted by bewitched
Deep in the meadow/lulllabye
Its available through iTunes as a single. If you don't have an iTunes account I'm sure your grandchildren do. They would know how to download it. Good luck!
April 10, 2012 posted by IowaCity
Deep in the Meadow/lullabye
I really need this for my two grandchildren.Can you tell me how I could squire it?
Newer comments    1 - 2 of 2    Older comments 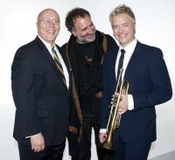 Apr 9, 2012
Sting, Chris Botti and famed photographer Fabrizio Ferri Join with The New York Eye and Ear Infirmary for Hearing Loss Awareness Campaign...
"I hope that with The New York Eye and Ear Infirmary as a partner, Chris Botti and I are able to remind people of the critical need to protect their hearing," says Sting, who narrated a Public Service Announcement (PSA) released by The New York Eye and Ear Infirmary. The PSA is the centerpiece of a multi-platform hearing loss awareness campaign aimed to raise awareness about the importance of hearing testing. Please check out www.iLikeMyHearing.org to learn more about hearing loss, which currently effects approximately 36 million people in the United States alone. You can also visit fb.com/iLikeMyHearing to view a "Favorite Sounds" video featuring Chris, Fabrizio and others...
Read more
+ 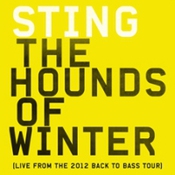