Check out the video below to get a sneak peak of the project.

You can also view the music video and a "Making Of" clip. 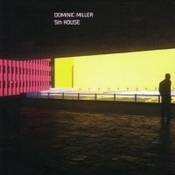 Apr 25, 2012
Dominic Miller: European Dates during May...
Sting's long-time guitarist Dominic Miller released a new solo album on 30 March 2012 entitled '5th House'. Dominic Miller wrote the new songs on the road, while touring with Sting in 2010/11. As of "The Soul Cages" (1991), Miller has also been involved in every single album produced by Sting; he has been on stage with the former vocalist of The Police more than a thousand times, and was involved in the creation of hit songs such as "Shape Of My Heart". Sting once even described his faithful companion as "my right and my left hand, which brings to life all that my clumsy fingers cannot play." Dominic has a string of European dates booked with his band throughout May...
Read more
+