Live Nation is pleased to announce that an additional concert in Paris on March 14 is now confirmed on Sting's Back to Bass Tour!

Itinerary subject to change. Additional cities and venues to be confirmed.
Comments
0
You must be a logged-in member to add comments. Log In | Subscribe

Dec 5, 2011
Create the Ultimate Sting Playlist!
To celebrate the release of Sting: 25 Years and Sting: The Best of 25 Years we invite you, the fans, to create the ultimate Sting playlist. Visit Sting’s Facebook page to get started and vote for your favourite Sting song featured in these definitive collections spanning his enduring solo career. As an added bonus every participant will be entered for a chance to win a signed Sting: 25 Years box set! Get started, vote now!
Read more
+ 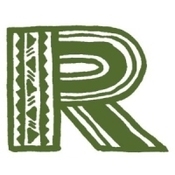 Dec 2, 2011
Technological Breakthrough Maps a Path to Rainforest Protection...
As the latest climate summit in Durban again tries to resolve the challenges of implementing ‘reduction of emissions from deforestation and forest degradation’ (REDD), the Rainforest Foundation UK unveils a powerful new tool which could help prevent the destruction of rainforests, one of the largest sources of greenhouse gas emissions. The new website http://www.mappingforrights.org/ provides, for the first time, accurate interactive maps showing the location of communities living in the forest, and how and where they are using forest resources. It also includes the boundaries of strictly protected areas and agents of forest destruction, such as logging companies. The groundbreaking website, which is backed by a unique database of digital maps, builds on the results of many years work to map the existence of forest dwellers in the forests of the Congo Basin...
Read more
+