Two of Music's Biggest & Most Highly Acclaimed Artists will meet at the Crossroads as they blend their Musical Styles and Exceptional Talents in CMT's Hit Series CMT Crossroads: Sting & Vince Gill...

Two of Music's Biggest & Most Highly Acclaimed Artists will meet at the Crossroads as they blend their Musical Styles and Exceptional Talents in CMT's Hit Series ''CMT Crossroads: Sting and Vince Gill''...

Episode will Premiere in November on CMT.

Together they have earned over 35 Grammys, sold over 125 million albums, and performed in front of as many, if not more, music lovers all over the world. Now world-renowned musician Sting and country legend Vince Gill will be making music history in the newest episode of CMT CROSSROADS: STING AND VINCE GILL, premiering in November on CMT.

After a five-year absence, CMT is bringing back its critically acclaimed series CMT CROSSROADS to New York City, for an invitation-only taping of two of music’s biggest superstars. Sting and Gill will perform their classic hits and selections from both of their highly anticipated new releases hitting stores this fall.

''We are long overdue for a CMT CROSSROADS taping in New York City. Some of our best shows ever were taped there, and this will be no exception,'' says John Hamlin, SVP, Music Events and Talent, CMT. ''These are two Hall of Famers who, by our count, have 36 Grammys between them. Both artists have wanted to do CROSSROADS for years and this is the perfect pairing for them. They have been waiting for the right time and now is the time. This is going to be an unforgettable evening.''

Composer, singer, author, actor, activist - Sting has won universal acclaim in all of these roles yet he continues to defy easy labeling. Born in Newcastle, England, Sting moved to London in 1977 and formed The Police with Stewart Copeland and Andy Summers. The band released five albums, earned six Grammy awards, and in 2003 was inducted into The Rock and Roll Hall of Fame. Since 1985, Sting has released 12 solo albums. His latest, 'Symphonicities', is the companion CD to his celebrated Symphonicity world tour, featuring Sting performing his greatest hits re-imagined for symphonic arrangement with a symphony orchestra and band. To also accompany the tour, a CD/DVD package, Live in Berlin, was released in November 2010 to critical acclaim. This fall, to commemorate the 25th anniversary of his solo career, Universal Music Group will release 'Sting: 25 Years'. This definitive box set collection contains three comprehensive CD’s, all re-mastered exclusively for this set and personally curated by Sting, as well as a DVD, 'Rough, Raw & Unreleased', featuring previously unreleased live concert footage filmed at New York City’s Irving Plaza. As one of the world’s most distinctive and highly respected performers, he has sold nearly 100 million albums from his combined work with the Police and as a solo artist and has earned an additional 10 Grammy awards, a Golden Globe, an Emmy, and three Oscar nominations. Also an accomplished author, Sting published a memoir entitled 'Broken Music' in 2003, which spent 13 weeks on the New York Times Best Sellers list. He most recently released 'Lyrics', a comprehensive collection of lyrics and personal commentary, also featuring photographs from throughout his career.

One of the most popular singers in modern country music, Vince Gill has a love for country music, top-notch songwriting, and world-class guitar playing, all wrapped in a warm tenor and a quick and easy wit. Gill achieved his big breakthrough with 'When I Call Your Name', which won the Country Music Association’s Single of the Year award. Since then, he has won 17 more CMA honors, including Song of the Year four times - making him the most awarded artist in that category in CMA history. Since 1990, Gill has walked away with 20 Grammy Awards and has racked up sales in excess of 26 million. Gill co-hosted the CMA Awards for 12 consecutive years. He was inducted into the Country Music Hall of Fame in 2007. After a long and musically productive spell of writing, touring and recording with other artists, he roars back on his own with 'Threaten Me With Heaven',' his first single in four years. The song is the opening salvo from his MCA Records album, 'Guitar Slinger', due out Oct. 24.

CMT CROSSROADS is produced by Tom Forrest and Kathryn Russ. John Hamlin, Margaret Comeaux and Bill Flanagan serve as executive producers for CMT.
Comments
0
You must be a logged-in member to add comments. Log In | Subscribe

Aug 30, 2011
Sting To Perform A Special Concert In NYC To Celebrate the 25th Anniversary of His Solo Career – Event to Benefit the Robin Hood Foundation...
On October 1, 2011, join Sting at the Beacon Theater in New York City as he celebrates the 25th anniversary of his solo career on the eve of his 60th birthday with a very special concert event to benefit the Robin Hood Foundation. Special guest performers include Bruce Springsteen, Lady Gaga, Stevie Wonder, Mary J. Blige, Herbie Hancock, Robert Downey Jr., Vince Gill, Will.i.am, Rufus Wainwright, Branford Marsalis, Billy Joel, and Chris Botti. Throughout the evening, Sting will be backed by a band featuring his longtime guitarist, Dominic Miller, bassist Christian McBride, keyboardist David Sancious, drummer Vinnie Colaiuta, and backing vocalists Jo Lawry, Lisa Fischer, and Tabitha Fair. In keeping with long-standing tradition of being on stage during his birthday, this will be a truly unforgettable night...
Read more
+ 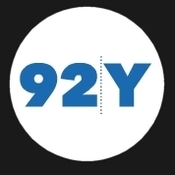 Aug 12, 2011
Sting To Perform With The Kalichstein-Laredo–Robinson Trio In The World Premiere Of A New Work By Stanley Silverman – Tickets Available Monday, August 15...
As previously announced, Sting will perform as a special guest alongside the Kalichstein-Laredo-Robinson Trio at two special concert events on Wednesday, September 14 at 8PM and Thursday, September 15 at 12PM at the 92nd Street Y in New York City. The performances mark his 92Y debut and feature the world premiere of Stanley Silverman's Piano Trio No. 2, "Reveille," with texts drawn from Shakespeare's Cymbeline...
Read more
+