Tonite's 'New York Special' served to strengthen my determination to go and live in that fair town. Even their punk groups are 10 times as good as some of our major rock attractions.

Opening were Police, with Curved Air's Stewart Copeland on drums, Sting on bass and really great lead vocals, and Henry Padovani on lead geet. Their set may have been short, but they packed in as much punch as a thousand two-ton steam hammers going flat out in the time available to them. Songs like 'Landlord', 'Kids To Blame', 'Nothing Achieving', 'It's My Life', 'Dead End Job', and their projected single 'Fall Out' featuring some excellent Tyneresque (MC5, OK?) vocals.

Sting and Copeland hang around after Police's set, and are joined by Louis Lepore and the illustrious Zecca (Hi, Zec!) on piano. They open with a really good instrumental called 'Stockbridge' after which Cherry Vanilla bounces onstage and the band kick into 'Shake Some Ashes', which'd raise a few laughs at the crematorium. It quickly becomes apparent that Cherry is something else. She looks good enough to eat, all decked out in Helen Wheels style 'tough chick' biker wear. She really moves, and couple this with the fact that her hair is bright red, then you really got a great visual spectacle.

'Foxy Bitch' is next followed by 'Hard As Rock'. Zecca's piano fits in extremely nicely with the Vanilla format, and is particularly good in the breezy, strolling, yet strutting honky tonk 'I Know How To Hook'. Great stuff!

The Heartbreakers weren't too fantastic. A lotta energy, power and a big reputation, but they didn't really DO anything. They act as one big rhythm unit, no one taking the lead: even the vocals are the product of 18 different people. They explode onstage, but is this really a recommendation? Their songs, eg 'Chinese Rock' (there's a Ramone at work here somewhere), 'Get Off The Phone', 'All By Myself' and 'Going Steady', are infinitely better than anything those limp wimps the Dolls ever did, but still don't really sound good enough to write home about.

If this is a sample however, of what New York has to offer (especially Cherry Vanilla) then I'm on the next plane over there.

(c) Sounds by Ralph Whaley
Comments
0
You must be a logged-in member to add comments. Log In | Subscribe 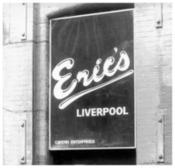