''Every little note they played was magic''

The venue is filling up slowly, but that may well be caused by the fact there is only one main entrance to the hockey field, the place where tonight Mister Sting is going to perform many of his greatest hits and a few rather unknown gems of his musical portfolio. It has been raining for most of the day, but the audience members who enter the place are accompanied by the sun, fighting its way back through the clouds, on their mutual way into the Moenchengladbach Hockey Park.

Tonight, Sting will be joined by his regular band members, longtime right hand (and left hand) man Dominic Miller on guitar, singer Jo Lawry, bassist Ira Coleman and percussionist Rhani Krija. Also, the Bochum Symphonics are going to play a huge role in tonight’s sonic feast of ''classic meets pop''. New conductor to continue the work of Steven Mercurio is now Sarah Hicks, who is certainly not your average classical conductor, and yet does not bounce around quite as much as Mercurio used to do in his unique and funny way.

The setlist is slightly re-arranged, since the concert begins with ''Every little thing she does is magic'', continues with ''If I ever lose my faith'' and then ''Englishman in New York'' and ''Roxanne''. The choice of songs remains the same though, a well balanced line-up of former chart hits, some of which used to be particularly popular in Germany. The atmosphere is excellent: from the beginning of the first song, the entire crowd is standing up from their seats and even during the rather quiet ballads, hardly anyone decides to get back on their chairs. Sting does not chat a lot with the crowd, but the few announcements he makes, he delivers in German. During the entire night, his voice is strong, yet smooth, and sounds absolutely flawless. There is not a single note he would miss, and he reaches this achievement in a rather playful way; it doesn’t seem to take him any effort at all.

All of the orchestra members play extremely well and seriously make me wonder how many rehearsals they may have had the chance to do, to reach such a brilliant result. The soloist on first violin does a fantastic job on both beginning and ending of ''Whenever I say your name'', while the soloists on clarinet and trumpet during ''Englishman'', ''Mad about you'' and ''All would envy'' both give a slightly nervous impression with their rather basic kind of improvisation – who is to blame them on such a singular, thrilling occasion?

At least from my seat, the sound mixing seems perfect. Never before have I experienced a concert, let alone an outdoor one, where your ears can so easily recognize each of the many instruments on stage. This shall also be to great advantage for Miss Jo Lawry, whose voice shines not only while Sting gives her the honour to do the higher parts of the main melody in his songs (''When we dance'', ''This cowboy song'').

The show ends with just Sting on acoustic guitar and a good 8.000 voices strong chorus, who are all sending out their S.O.S. to the world. If there is anything to criticize about the entire evening, it may be the fact there were not more of these beautiful songs. In comparison to my earlier Symphonicities concert in Cologne in September 2010, a couple of songs (''Straight to my heart'', ''A thousand years'', ''Tomorrow we’ll see'', ''You will be my ain true love'') were missing, and I would have loved to hear ''I burn for you'' or ''The pirate’s bride'' from the studio CD. I guess that after a good two hours of awesome music, it would be naughty to keep asking for more though. The presence of many cameras and staff from local TV and radio station WDR set my hopes on getting some concert footage from this beautiful evening that made me leave the area a very happy and satisfied fan.

Comments
3
You must be a logged-in member to add comments. Log In | Subscribe
June 25, 2011 posted by micha99
Feedback for Monchengladbach
Hi all,
Sting@Facebook asked for feedback about the concert and so I will try to summarize quickly...

I was as usual impressed about Sting, Jo and the orchestra as I have already seen many times on BD and DVD...so as usual A++++ for his team and himself !

But I could not really enjoy the concert this time especially in comparison with the sacred love tour taking place last time in Oberhausen.

The first and biggest problem in my opinion was the location itself. It took place in an open air hockey field.
But it was windy and about 15deg. The weather kept people on their chairs and the songs could not flow through your body (most fans should know what i mean).

If anybody would ask me, i would say that Stings music need a warm, dark and comfortable environment to be enjoyed on a maximum level ;-)

Second Problem was the acoustic. If you are a proud owner of a wonderful singers voice as mr.sumner and invite to a concert with an orchestra you need to be alwqas careful with the choice of the location..in MG I personally was a bit disappointed about it.

Third thing was the security. Most of them thought obviosly that they need to control the concert as visited by Hardrock fans. (ok..I exaggerate a bit) but they forced standing and singing people to sit down and/or go back to their booked seat. Standing anywhere else was also not permitted.

I prefer to be allowed to stand in front of the orchestra to have the highest enjoy factor :-)

And fourth the audience in MG. Many fans preferred to play with their Handphones or talk about the weather or the neighbors dress. For me absolute inappropriate as I just want to enjoy and listen, sing and dance.

Maybe My wife and me were too young in comparison to most of the others, but I felt much to young this evening.

So, anyway. I just want to give honest feedback and please do not think that the concert was not a wonderful and impressive event for Sting fans!

But next time I will ensure that the concert will take place in a small concert hall or maybe in a backdoor garden as in the All this time DVD wich is one of my most favorites in my DVD shelf.

Please go on with your beautiful concerts !!

With best regards from one of your very close fans since I am 8 years old...so now since 27 years..

Yours, Michael from Essen
June 24, 2011 posted by stingcom
Thanks Marc!
Many thanks Marc for taking the time to write a review of this show for the site!
June 23, 2011 posted by t_treetops
TRE
I Agree
Newer comments    1 - 3 of 3    Older comments

Jun 20, 2011
Cornucopia of Hits...
Nordjyske’s critic Bent Stenbakken ended up completely surrendering to the Sting concert on Monday evening in Aalborg. He gave it six out of six stars. Can you expand relatively simple pop songs and get them to give new musical meaning by playing them in grandiose symphonic arrangements? This question is usually relatively simple to answer. The answer is, namely, no. The melodic material is normally too thin, resulting in nice-sounding but actually irrelevant layers of musical background that merely get in the way, without adding anything rewarding or new...
Read more
+ 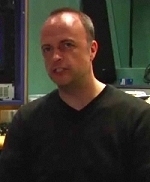 Congratulations to Donal Hodgson who has won a 'Daytime Entertainment Creative Arts Emmy' award for his work on the A&E Private Sessions programme which featured Sting at Red Rocks on the US Symphonicity tour last year. Donal, together with Production Mixers Blake Norton and Carlos Hernandez won the Emmy for 'Outstanding Achievement in Sound Mixing - Live Action and Animation'...