Sting performed in honor of Elton John, Billy Joel sang snippets of Foreigner's hits when introducing the band and Smokey Robinson debuted part of a new song he wrote about Berry Gordy.

John and writing partner Bernie Taupin received the Johnny Mercer award, and Sting kicked off the night with a performance of ''Saturday Night's Alright for Fighting.'' Sting also called John and Taupin ''my two heroes.''

John, who was inducted into the Songwriters Hall in 1992, said songwriting is often taken for granted.

''I don't mean this lightly, but when you get an Ivor Novello award or an American songwriter's award, it means so much more than a Grammy because this is where the whole process starts,'' he said.

John also used the stage to try to clear his differences with Joel.

Joel responded later when he was onstage with light jokes.

Joel introduced Jones and Gramm, who gave the night's most rousing performance when they sang the Foreigner hits ''Juke Box Hero'' and ''I Want to Know What Love Is,'' which had the crowd singing along, standing and swaying side-to-side at the black tie event. Foreigner also got a boost thanks to The Anthony Morgan's Inspirational Choir of Harlem.

Petula Clark also stunned with her performance of ''Downtown,'' which Hatch wrote and produced in 1964. Hatch, too, was entertaining on the piano as he sang a medley of tunes he wrote, including Clark's ''My Love'' and Bobby Rydell's ''Forget Him.''

Hatch also provided the laughs after thanking Universal Music, who owns his publishing.

Nickelback was impressive with their rendition of Aerosmith's ''Sweet Emotion,'' which was followed with the rock icons singing ''Walk This Way.''

Krauss was soft when she sang for Souther, and Patty Smyth was a firecracker when she performed ''The Warrior'' in honor of Knight, who has written hits for Tina Turner and Pat Benatar.

''I want to dedicate this to all of my exes,'' Knight said before singing ''Love Is a Battlefield'' on piano.

Robinson, who gave a lengthy, 15-minute introduction to Gordy, said he was recovering from inflamed vocal cords and hadn't performed in two months. Then he sang part of a new song he wrote about his relationship with Gordy, who he called his mentor, brother, sometimes dad and best friend.

''Did you know all the joy you'd be bringing,'' he sang. Some of the cast of ''Motown: The Musical'' followed with a medley of classics.

Benny Blanco, the 25-year-old who has co-written No. 1 hits for Katy Perry, Maroon 5 and Ke$ha, earned the Hal David Starlight award.

''They picked the wrong person,'' said Blanco, who has also worked with Khalifa, Nicki Minaj and Bruno Mars. ''I'm in a room with people I should probably be serving food to.''

The event also featured a video from Clinton, who spoke about the significance of Sam Cooke's ''A Change Is Gonna Come'' during the Civil Rights Movement. The song, performed by Jordin Sparks, was honored with the towering song award.

The night also paid tribute to Hal David, who died last year, and Phil Ramone, who died in March.

(c) Associated Press / (Photo by Charles Sykes/Invision/AP)
Comments
0
You must be a logged-in member to add comments. Log In | Subscribe 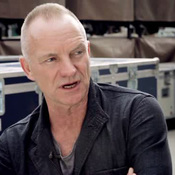 Jun 13, 2013
Wrapped Around Your Finger – Live From The Back To Bass Tour (Preview)
Check out the latest clip in Virtual Ticket and the first from this leg of the tour. The Virtual Ticket section of Sting.com gives you first access to backstage interviews, behind-the-scenes and rehearsal footage, studio takes etc. Members get rare, inside perspectives...
Read more
+ 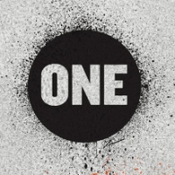 Jun 11, 2013
Mumford and Sons, U2, Angelique Kidjo, Sting, Rokia Traore, Elvis Costello, Macklemore, Ed Sheeran & others raise their voices in the fight against extreme poverty ahead of the G8...
The ONE Campaign today launched agit8, a unique music-based campaign designed to build pressure for action against extreme poverty in the crucial week leading up to the G8 summit in Northern Ireland. The campaign includes a digital music platform featuring new video recordings of classic protest songs, a new Richard Curtis film that will be projected on the iconic façade of the Tate Modern in London and impromptu live performances...
Read more
+